The header Moving On is one that two years ago would have been very difficult for me to do. What do I mean by that? Well I had to make probably the biggest decision I would ever have to make when it came to my career. I had worked in the same company for nearly two decades and had worked my way up from grassroots level to a senior position and thrived on the fast pace of the job and the results I got on a regular basis, from going into under performing branches and turning them into top performing locations regularly surpassing every objective that was thrown my way to ups-killing individuals to take responsibility for their own actions, and getting them to understand how those actions would affect the location, to turning an individual who had none or little ambition into one with a winning mindset who would not give up until they got the result they were chasing no matter what obstacles they faced, (this is the part of the job I loved), through to making some very difficult decisions on others. (the one I least liked)

That decision had to be made as it was not only affecting me it was also affecting my family, and it was no longer worth what the job was offering. I decided to walk away from the job that had run through my veins for so long and I had loved up until two years before, this job is what had got me excited for the day ahead for so long and had given me a fantastic lifestyle, so why now was it having the opposite effect on me and what would I do if I did leave. I had really only ever known this job and was so happy for so long, so didn’t really know how this would affect me in the long term. At the same time I knew if I didn’t leave my health would have only gotten worse, after hitting rock bottom and on the verge of being sectioned by my doctor through a mental breakdown I knew what I had to do. But I was also very scared for my future as well as my families, leaving could so easily have cost me my home through loss of income, my marriage and even suicide because of the problems I faced after quitting.

When we are at our lowest with no where else to go and the people you once trusted turn out to be the very people who played a part in your downfall, you not only become very cynical but you also lose your own identity as well as your confidence and self worth, I could go on but these are just a fraction of what I faced after walking away from the job I once loved. I questioned things I would previously have not batted an eye lid at and the trust I had so easily put in people was no longer there. The reason behind this, was, when you have put your heart and soul into a project for so long and worked every hour to make it a success then one person comes along and destroys it all you are affected beyond belief and you never think you will find that person you was before.

Well I am here to tell you, you will! And sometimes a much stronger, wiser one will emerge. After leaving, for a little while I was lost and very low and even contemplated suicide due to the damage it did to me as a person, but somewhere deep inside I heard that voice. “You are no quitter, you have so much to offer the world, get yourself up and you show them what you’re made of.” And I did just that. As difficult as it was I knew I had to keep fighting and find ways to become a better version of the person I was before. I knew somewhere inside of me was that person who had so easily got results through the strategies I had put in place when taking over a new location, and if I was to rise from this I had to have a plan and work hard to ensure that plan came to fruition. I also knew how difficult it would be, some days were harder than others and I did feel like giving up, but always at the back of my mind was the fear of failure and that is what has driven me on every day to keep going and reach for more.

I decided for therapeutic reasons to write my thoughts down and from those thoughts my first book Opening Doors was born, which was published in July 2015, less than one year after I had quit my job and the reason for the title, I believe behind every new door is an opportunity and the doors I was now opening for myself would present new and bigger opportunities so I decided the title would reflect just that.

When I first left I thought all my opportunities had been at that company, little did I know what doors awaited me. Was I scared when I left the job? Hell yes, I was terrified, I didn’t know how I would come out of this but I soon realised I was not going down without a fight, and every single one of us has that fighting spirit within us when we need it.

Looking back to the 8th August 2014 when I waved goodbye to the only life I had known for so long, a new me was born. After getting in touch with a number of publishers every single one of them wanted to publish my story, which at the time I was amazed, excited and scared all at once. I didn’t really know how my life would change so dramatically for the better. When I decided to leave I never thought I would enjoy any other job the same way I had enjoyed my previous one up until two years before, I thought I would have to settle for whatever I could get, and these thoughts only came due to what had happened in the previous two years. I had allowed circumstances, situations and people to affect what I had thought of myself and it was only writing my book that I realised what I had to offer. Never let the voice of others define what you become, only you have the right to that.

Fast forward two years since I resigned and my book is international, I have conducted numerous radio interviews and a tv interview here in the UK as well as a number of radio interviews in USA. And just recently I returned from conducting a TV interview and book launch in New York with C-Suite TV and C-Suite Network, my book is also part of their book club.

I have also been contacted by a number of organisations asking me to write articles and books on leadership, which I am now in the process of finalising, I am also awaiting the release of my second book Opening Doors the Keys to Success, this book gives the reader the keys I used to achieve success and will be available to purchase mid November. I am currently working on my third book called the Adventures of Ronnie the Rabbit to be released in January 2017, this book is aimed at children and is donated to a charity called OLLY, that stands for Our Lost Love Years, the charity supports children who have lost loved ones through murder and the book is to help these children come to terms with the loss of their loved ones, all proceeds from this book will go to the charity. My fourth book is already on its way and will be a novel called from Radcliffe Walk to New York which will be based on a true story of a little girl having a dream and making it come true. Who said dreams don’t come true? They do when you work hard and you plan as well as have a vision so strong nothing in this world will stop you.

On reflection I often look back at the person I became after the terrible events lasting from September 2012 to May 2014 when I decided to resign and I look at the woman I am today and I can honestly say I am so grateful because these events are what opened my doors to opportunity and gave me a life I had always dreamt of. I am not only living the life I choose, I also add value to others lives by supporting and mentoring them through my business I set up. I am now a trained coach and public speaker and my business is going from strength to strength. I was even nominated for two awards, not bad for someone who was on the verge of suicide two years ago and who’s business is less than one year old. I am now doing what I loved doing in my previous role, I am coaching individuals to become better versions of themselves and helping them to set and achieve their goals as well as build the confidence from within to ensure they have the self-belief to believe the impossible can become the possible.

For anyone who is in a situation they are not happy with but are scared of what may happen. I would say take that bold step you need, only you can change the path you are on no-one else can do it for you. When you decide to turn the pages of your life a whole new world awaits you, one that is filled with all the hopes and dreams you have as a child.

Find your own doors, you already hold the keys to open the doors to opportunity, you just need to find the right one, don’t let someone else open them for you. Remember Moving On is not always as bad as it first seems, sometimes it is better than you previously knew.

Great quote from Jim Carey I live by, “You can fail at what you don’t want, so you might as well take a chance on doing what you love.”

We have recently taken on a Marketing Director Joe to help with the increasing growth of the business, as well as Joe we would also like to introduce you to our newly appointed Project Manager Rose to the Academy side of the business to support our work in the Community. As well as Joe and Rose we are pleased to introduce Eddie who will be offering one to one coaching… 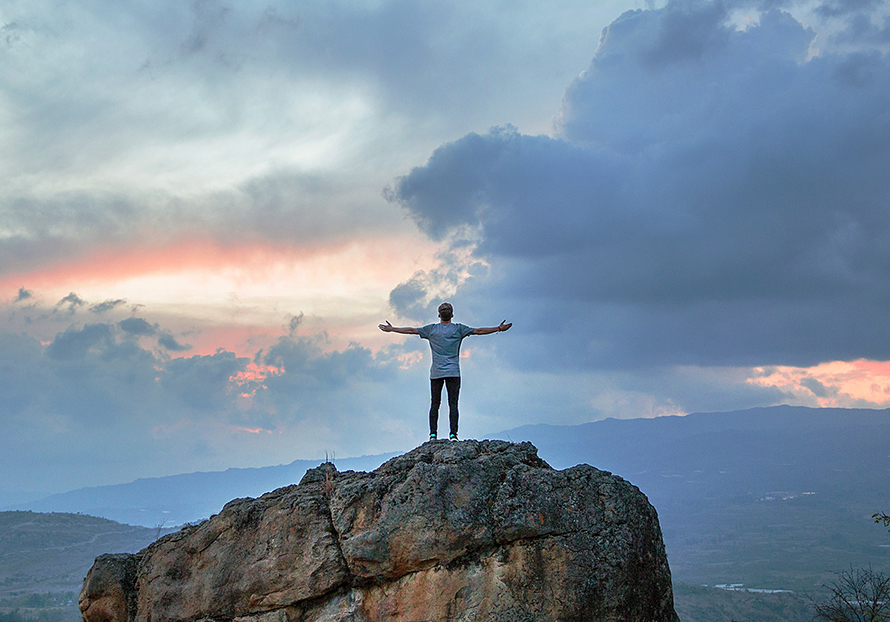 2016 started very much like all the previous New Years, a list of dreams, hopes and wishes I wanted to achieve and another list of how I would…